It is normal for cats to groom, lick, and clean each other and your parental pride to kick in and make you go ‘Awww’ when they do that. However, have you ever wondered why cats lick each other? Scientists call it allogrooming.

Why Do Cats Clean Each Other?

We often simply perceive this adorable behavior as a sign of affection between felines, but it is not as simple as that. Scientists and researchers have studied this behavior over decades by observing primates, lions, and cats. A study found that cat grooming is a way for cats to form cohesion between themselves. Two more ways by which cats do that are transmitting scent signals and rubbing with each other. So let us discuss the answer to the question, ‘why do cats clean each other?’

Cats usually clean other cats that are part of their colonies and already share a social bond. The same is the case with lions that live in groups called pride. Allorubbing cats of other colonies can be seen, but grooming and cleaning are restricted to only fellow cats. It increases the social bond within the group and enhances cohesion. It also increases the level of trust and communicates the message that a cat does not bear any ill intentions or aggression towards the other cat. The bonds between cats that have familial affection are observed to be stronger in domesticated cats. However, feral cats do not show any loyalty to their bloodlines.

The recipient cats that are experiencing the grooming and cleaning often purr to show their approval of the process and tilt and rotate their necks and heads to try to receive a better-done job. One reason for cleaning each other in the areas that cats cannot reach themselves with their tongues, like the back of the head and neck, is to offer help to receive help. You scratch my back (back of the neck in this case), and I will scratch yours.

Cats are highly hygienic animals and are not comfortable if they are unclean. They clean their paws and faces after meals and keep cleaning their bodies with their tongue whenever they feel there is a need to bathe. Mother cats also spend much time cleaning their babies as the kittens do not learn to do it themselves until they are usually old enough to eat solid food. So if you have a single cat and it is devoid of the cleaning service from fellow cats, make sure you use shampooed wipes to regularly clean the areas it cannot reach or bathe it with a pet shampoo. Antifungal and antibacterial sprays that act as skin cleansers are also available that you can use on your cat to keep it germ-free. 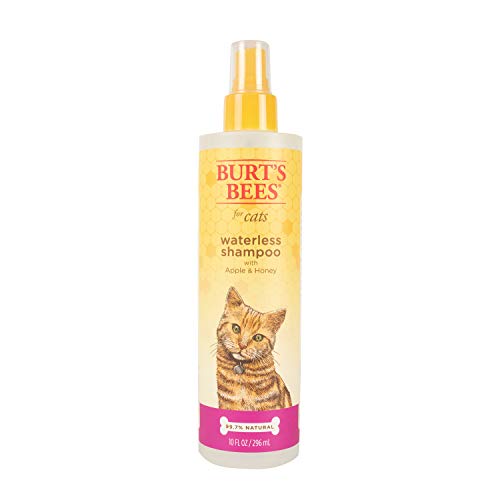 Almost all the animals have hierarchies among their species, and they stand by that natural ranking and conform to it. They know their ranks and respect the ranks of their fellows. Cats also have ranks within them, and higher-ranked cats tend to lick and groom lower-ranked cats more often than the other way around. You must have noticed that while the process of grooming is going on, the cat that is receiving the grooming is sitting or prostrating while the groomer is sitting upright or standing.

This behavior shows that grooming is also a way of imposing a higher rank on the other. Studies have also found that after the process is complete, the cat that was grooming the other cat usually showed offensive and aggressive behavior towards the groomee. The instinct of survival in animals keeps them from engaging in unnecessary fights within the group, which might be the reason that they resort to other methods of showing aggression like grooming.

So, instead of picking a fight, cats show their dominance by licking other cats so that no one gets hurt, but the message still gets across. So the answer to ‘why do cats clean each other?’ is not all cute and cuddly after all.

This behavior of dominance can be traced to the mother frequently grooming and licking their babies. The process gives the kittens a sense of being taken care of and protected. In a pride of lions, a single adult male is the leader of the group and is responsible for the safety of all the members of the pride, which can include many females and cubs. The protector often shows his strength to reinstate his position but without hurting any of the members. The same is the case with cats. All the higher-ranking cats and the leaders of the group press their dominance down onto the dependant cats.

Some other interesting facts and insights found in different studies pertaining to this behavior are:

So now that we know the answer to the question, ‘why do cats clean each other?’, we know that it is a natural process that cats of all species take part in. If you have a single cat, it is recommended to groom it with a pet grooming brush or cat grooming gloves every now and then so that it knows that you are higher than it in rank and it stays careful not to misbehave.

It also helps the cats to stay calm and not get involved in hiding, scratching, spraying, or loud crying. Cat calming diffuser kits are also effective for that purpose.